Explained: Different Types Of FTP Ports
The full form FTP is File Transfer Protocol, As the name suggests, the primary uses of FTP is to transfer file from one point to other (normally from client to server or vice-versa). The FTP runs as a protocol on a different port which we will understand in this article.

FTP is most commonly used protocol after http in the world of internet.

FTP stand for File Transfer Protocol, and as the name suggest it help transferring files from client to server and there are different FTP port numbers.

As you know FTP is simple File Transfer Protocol work over TCP/IP.

It is a Server- Client model where client request and server response to the client with necessary data.

Port 20 is open on server when client makes request to the server for file and port 21 is command /control port to send commands to the server without having to wait for the current data transfer to finish.

FTP ports 20 and 21 must both be open on the network for successful file transfers. After the correct FTP username and password are entered through FTP client software, the FTP server software opens port 21, which is sometimes called the command or control port, by default.

These port behave in different was in active or passive mode FTP mode.

There is a small story behind port PORT 22.

The aim is to make it easy to up- and download your files to/from a remoteStorage provider using the well-known File Transfer Protocol. This way, more people will likely see the benefits of a remoteStorage.

It was first specified in 1980 and provides functions to copy files across a network (a very basic form of FTP).

Since it is so simple, it is easy to implement in a very small amount of memory, an important consideration at that time it was defined.

TFTP is therefore sometimes useful for booting or loading the configuration of systems (such as routers, thin client, and wireless base stations) which do not have data storage devices.

TFTP has no authentication or encryption mechanisms, and generally provides the same access to all files in the tftp directory.

Due to this lack of security, use of tftp can be dangerous over the open Internet.

Therefore, TFTP is generally only used on private local area networks for applications where ftp would be too expensive or difficult to implement (e.g. down-loading firmware, software and configuration data to network devices).

TCP port 115 uses the Transmission Control Protocol. TCP is one of the main protocols in TCP/IP networks.

TCP is a connection-oriented protocol, it requires handshaking to set up end-to-end communications.

Only when a connection is set up user’s data can be sent bi-directionally over the connection.

Attention! TCP guarantees delivery of data packets on port 115 in the same order in which they were sent. Guaranteed communication over TCP port 115 is the main difference between TCP and UDP.

UDP port 115 would not have guaranteed communication as TCP.

As the name suggest, It a FTP in which File transfer happen in background.

For a variety of reasons, file transfer in the Internet has generally been implemented as an interactive or “foreground” service.

That is, a user runs the appropriate local FTP user interface program as an interactive command and requests a file transfer to occur in real time.

background file transfer is relatively simple to implement — no subtleties of queuing or stable storage — and in the early days of networking it provided excellent service, because the internet/ARPANET was lightly loaded and reasonably reliable.

More recently, the Internet has become increasingly subject to congestion and long delays, particularly during times of peak usage.
In addition, as more of the world becomes interconnected, planned and unplanned outages of hosts, gateways, and networks sometimes make it difficult for users to successfully transfer files in foreground.

Performing file transfer asynchronously (i.e., in “background”), provides a solution to some of these problems, by eliminating the
requirement for a human user to be directly involved at the time that a file transfer takes place.

A background file transfer service requires two components: a user interface program to collect the parameters describing the required transfer(s), and a file transfer control (FTC) daemon to carry them out. 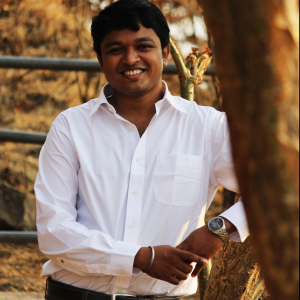 I’ve been helping businesses to be online for over 15 years. Today my team and I, focus on helping real businesses to overcome real-life challenges and analyse data in a way that can help businesses grow in the right direction of this digital age.

I’ve been helping businesses to be online for over 15 years. Today my team and I, focus on helping real businesses to overcome real-life challenges and analyse data in a way that can help businesses grow in the right direction of this digital age.
Facebook-f Twitter 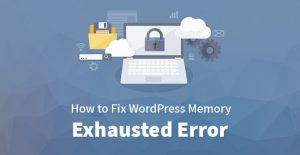 Get the weekly Tech Update straight to your inbox.